On a warm February night in San Francisco the streets teemed with people, stressed looking salary men and women with their jaws clenched tight, raving lunatics with pants hanging just a little too south of the equator, and a distinct crowd of sharply dressed, hat wearing people. These haberdashery fans were my people, and they were heading to San Francisco’s annual Noir City movie festival at the gilt movie palace, the Castro Theatre.

This year’s film pick was The Unsuspected with Claude Rains as the leading man and Audrey Totter as the bad girl with all the best lines in the movie. The movie was crisp and clean and the audio was amazing. It was the most pleasing movie to see and hear in a while. Directed by Academy Award winner Michael Curtiz, who’s best known films include Casablanca, Mildred Pierce and Yankee Doodle Dandy, this 1947 high-class, cafe society noir is about a man who is “un-suspected” because of his status in society and his cleverness. I won’t give anything away. You can find it on the Turner Classic Movie site. Movies! 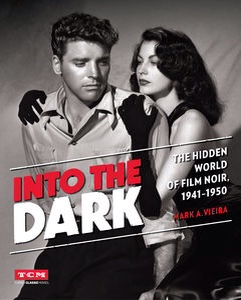 The Noir City film festival travels to eight more cities this year. Check out the schedule and go if they are near you. It’s a blast. Upcoming Noir City dates.

Next on my movie list is The Man Who Cheated Himself. Set in SF! What’s next on your list? I welcome any noir movie suggestions.